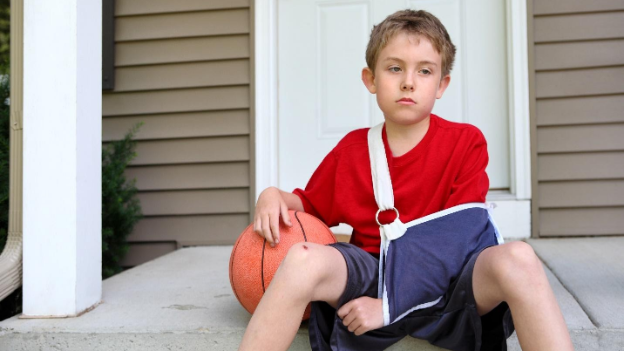 “I want my child to do sports and make it to the pro’s someday.” How many parents dream of their child(ren) becoming the next great sports star? As nice as this sounds, it doesn’t come without repercussions. In recent years, we have noticed in physical therapy that we are treating more injuries in youth athletes that traditionally hadn’t been seen at such a young age. Many of these injuries were not typically common until the athlete had reached their later high school or even collegiate years.

Obviously, this is not a good trend. With so much attention given to sports exercise, science and rehabilitation, why is this happening? Well, according to an article published in The South Florida Sun Sentinel, in regards to a high incidence in recent years of Tommy John procedures being performed on kids aged 15-19, they attribute it to the “increased emphasis on kids specializing in a single sport at a younger age and being pushed to perform on travel teams and to pursue college scholarships and the elusive dream of a pro contract. The biggest issue is that there’s an overall kind of irrational push by parents on children who are playing sports for such long hours and such long duration’s and such great repetition that we’re seeing an increase in the injuries in children than say we saw 20 years ago, where injuries like that were much more rare.”

The United States Sports Academy reports that the chances of a high school athlete going pro is less than one percent. So, what exactly are parents doing to their kids by expecting they do multiple sports during one season or play a specific sport year-round in order to be part of that minority?

Unfortunately, they may be doing their child a disservice. It’s time to think about how pushing our youth and placing their bodies under extreme physical demands is creating negative long-term effects. “The growing bones of the young athlete cannot handle as much stress as the mature bones of adults. Identifying youth at risk of overuse injuries is the first step to prevention. Guidelines for parents, coaches, and athletes need to be developed to provide opportunities for education, injury reduction, and early recognition of overuse injuries,” according to a journal article written in the AAP News and Journal Gateway. Simply put, a child’s immature body is not ready for your unrealistic expectations.

Off-season is a term of the past. Children are moving from one season to the next, unless, of course, they overlap. Off-season is a great time to allow the body to recover from a long season of stress. Off-season does not mean “sit on the couch and do nothing.” This is a good opportunity to train certain muscles which have been ignored or to develop additional strength and/or stability in your most commonly used joints. Cross-training in a pool or through other partial weight-bearing activities is great for unloading your joints while still getting the benefits of working out. Typically, a week to a month is an appropriate amount of time to rest (alternative training), depending on the length and intensity of your season.

Off-season training is a great way to minimize overload stress, but it is only one example of many approaches to avoiding injuries due to sport specificity. Understanding limits is the most important takeaway, and that goes for both the physical and mental health of the young athlete. We all want what is best for our kids. With the growing trend of obesity in our youth, activity through sports is a great option to keep kids healthy. Let kids be young and let sports be fun.

If you would like more information, please make an appointment to speak with one of our physical therapists.