In Hips and Knees, Physical Therapy by George Eischen PT, Director at Gresham SportsCare on February 26, 2019 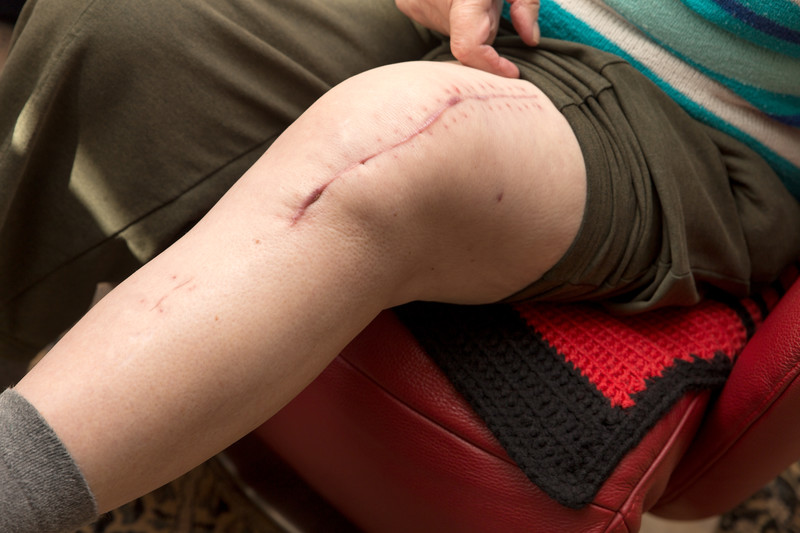 Golf is a popular sport, especially among older adults. However, this age period also represents a time when osteoarthritis (OA) can impede mobility and function, even during participation in low-impact activities such as golf. In many cases, patients who have severe OA will undergo total knee arthroplasty (TKA) with the intent of returning to recreational activities independent and pain free. Despite this goal, very little data exists on whether persons return to golf following arthroplasty. Jackson et al from the Mayo Clinic, Minnesota, were interested in finding out whether TKA afforded patients the ability to be more active, specifically regarding walking the golf course.

The researchers sent out surveys to 151 golfers who underwent TKA between 1995 and 2000. The survey included 33 questions specific to the patients’ golf performance, enjoyment of golf, frequency or participation, timing of return to play, pain, use of a cart and other golf related issues. A 62% return rate was achieved on the survey.

Fifty-seven percent of respondents reported being able to return to golf within 6 months after surgery (Figure 1). Eighty-one percent reported golfing as frequently as, or more frequently than, before surgery. A significant number of participants (83%) reported no pain while golfing after surgery compared with those reporting no pain before surgery (13%). However, even with what appears to be a favorable surgical outcome regarding pain reduction and return to activity, a surprisingly low percentage (14%) walked the course following surgery compared with before surgery (28%). 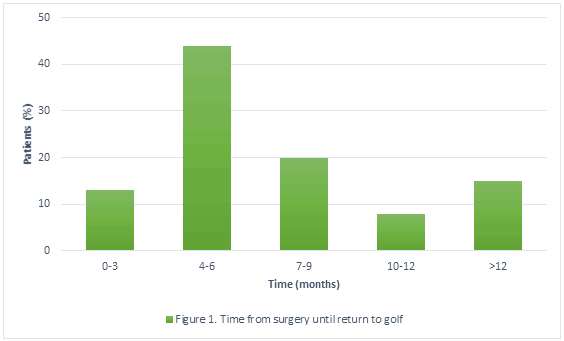 The study findings led the researchers to emphasize that health care providers can play a greater role in promoting the benefits of patients’ staying active following TKA by informing patients that activities such as golf afford a reasonable amount of exercise benefit if one walks the course.