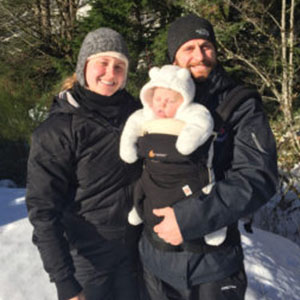 Joe is from Gresham, OR, and attended Gresham High School. He continued his education at Concordia University in NE Portland, where he received his undergraduate degree in Exercise Science while playing soccer for the Cavalier’s. Joe graduated from Concordia in 2008 then entered a Master of Science in Athletic Training program at the University of Hawaii. He completed one year at UH, then transferred to Bridgewater State University, to complete his Master’s degree. While in school, Joe worked as a Student Athletic Trainer for Hawaii’s football team, and for Bridgewater State’s women’s soccer and softball teams. Joe graduated in the spring of 2011 and joined Gresham SportsCare in August. Joe enjoys playing soccer, exercising and cooking.

Please print and complete the appropriate outcome survey and bring with you to your first visit.