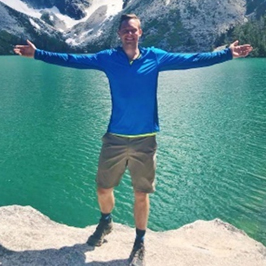 Jacob was born and raised in Canton, South Dakota. He received his Bachelor of Science Degree in Exercise Science from South Dakota State University in 2012 while competing as a member on both the Track & Field and Cross Country teams. He moved west after undergraduate school to attend Pacific University in Hillsboro, OR, where he earned his Doctorate Degree in Physical Therapy in 2015. A true outdoorsman, Jacob enjoys anything that gets him in nature including running, biking, hiking and camping.