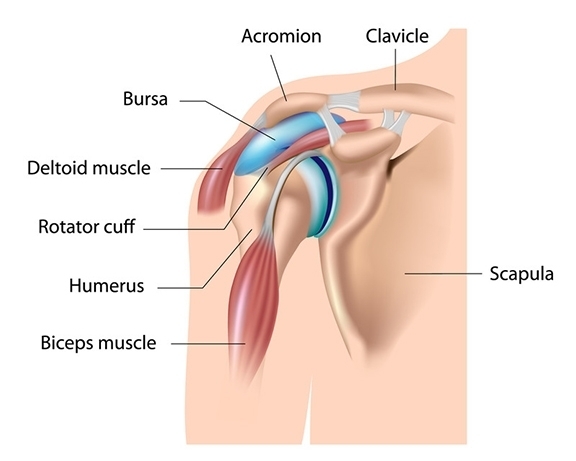 Many sports lead to distinctive changes in an athlete’s postural alignment as a result of over-development in select muscle groups and flexibility changes at the involved joint structures. This is frequently observed in swimmers. Swimming requires strong adductor and internal rotator muscles of the shoulder, which can protract the shoulder girdle and may lead to shoulder pain. To further their study and possibly validate this relationship, Kluemper et al from the University of Kentucky sought to determine the effects of a 6-week shoulder girdle stretching and strengthening program on reducing forward shoulder posture in elite swimmers.

Fourteen male and 25 female high school and collegiate swimmers from 2 swim programs were divided into an experimental group and a control group based on coaching restrictions. No subjects had shoulder pain that limited his or her swim participation in a year-round swim program. Subjects in the experimental, supervised exercise group (10 males, 14 females) were required to perform an anterior shoulder stretching and posterior shoulder strengthening training program 3 times a week for 6 weeks. The control group only participated in their normal swim-training activities. Swimming workload or yardage between the groups was very similar. Shoulder posture was evaluated and quantified using a previously published method that measured the acromion position of the shoulder while subjects assumed a military-like posture against a wall and when they relaxed in their normal posture. Both right and left shoulder measures were taken and the mean of 3 trials represented the score.

Subjects in the exercise group performed scapular retraction, shoulder flexion and external rotation exercises using elastic bands for resistance. Three sets of 10 repetitions were performed for each exercise. Progression and band resistance were increased when the subjects could perform 20 repetitions for all 3 sets. Subjects in the exercise group also performed a pectoralis minor stretch in the supine position using a foam roll with a partner and a pectoralis major stretch with a partner pulling the subject’s arms up and back while the subject’s hands were clasped behind the head. Stretches were held for 30 seconds and repeated twice per training session.

The experimental group showed significant changes in their shoulder posture as measured by the double-square measurement method (Table 1). The researchers suggested the potential for such a program to thwart possible injury at the shoulder for swimmers.